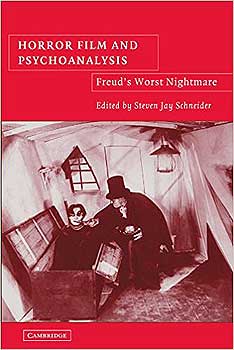 Цена: 3300.00 руб.
Описание
Psychoanalytic theory has been the subject of attacks from philosophers, cultural critics and scientists who have questioned the cogency of its reasoning as well as the soundness of its premises. Nevertheless, when used to shed light on horror cinema, psychoanalysis in its various forms has proven to be a fruitful and provocative interpretative tool. This volume seeks to find the proper place of psychoanalytic thought in critical discussion of cinema in a series of essays that debate its legitimacy, utility and validity as applied to the horror genre. It distinguishes itself from previous work in this area through the self-consciousness with which psychoanalytic concepts are employed and the theorization that coexists with interpretations of particular horror films and subgenres.

Part I. The Question of Horror-Pleasure:
1. 'What's the matter with Melanie?': reflections on the merits of psychoanalytic approaches to modern horror cinema Cosimo Urbano;
2. A fun night out: horror and other pleasures of the cinema Michael Levine;
3. Excerpt from 'Why Horror? The New Pleasures of a Popular Genre' (with a new afterword by the author) Andrew Tudor;
4. Philosophical problems concerning the concept of pleasure for future psychoanalytical theories of (the horror) film Malcolm Turvey;

Part II. Theorizing the Uncanny:
5. Explaining the uncanny in The Double Life of Veronique Cynthia Freeland;
6. Manifestations of the literary double in modern horror cinema Steven Jay Schneider;
7. Heimlich maneuvers: on a certain tendency of horror and speculative cinema Harvey Roy Greenberg;
8. 'It was a dark and stormy night ...': horror films and the problem of irony Jonathan L. Crane;